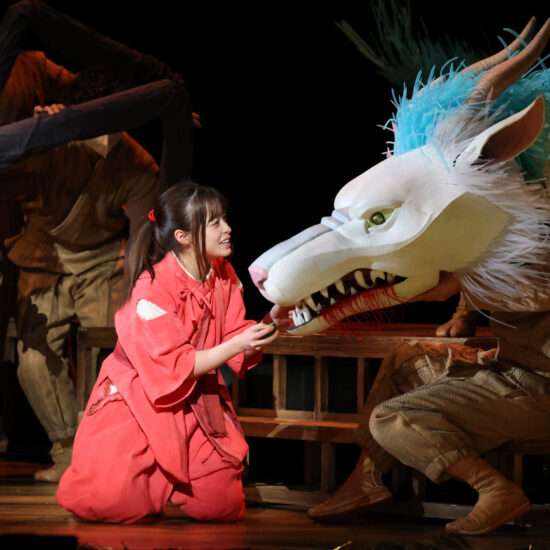 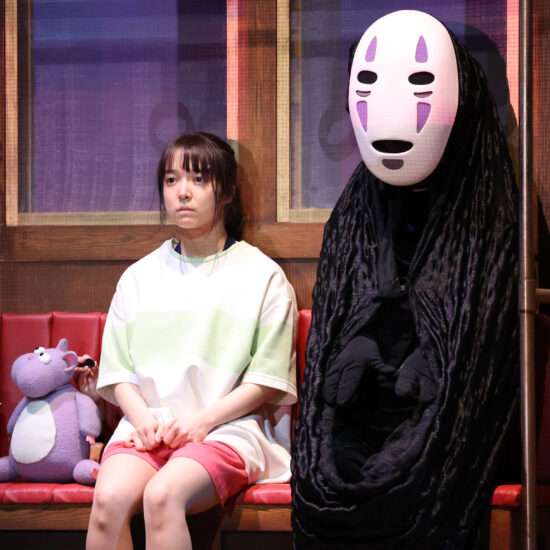 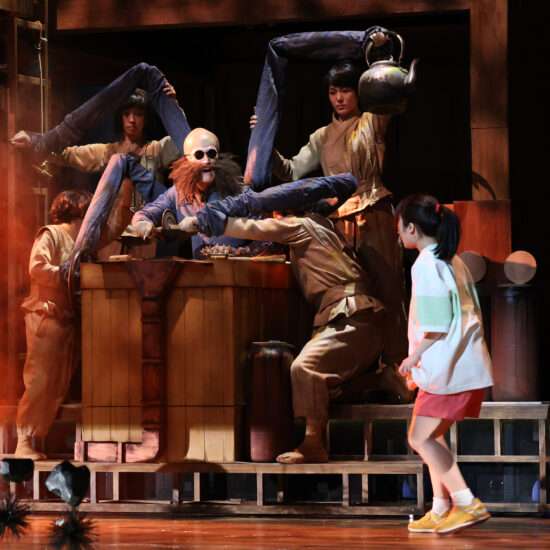 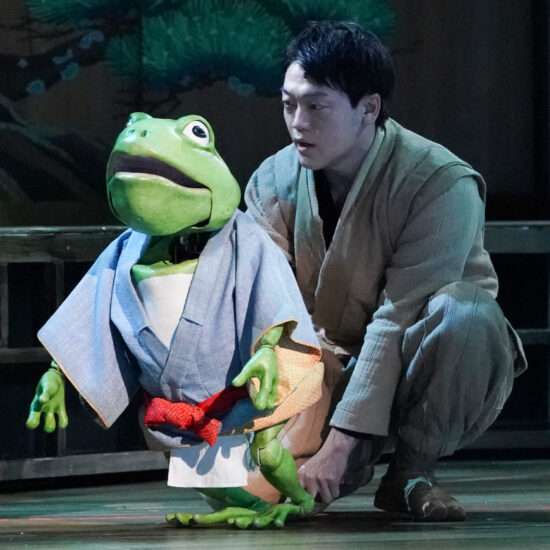 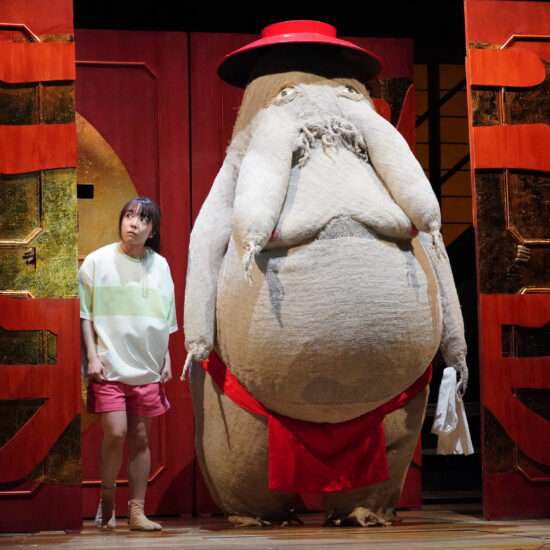 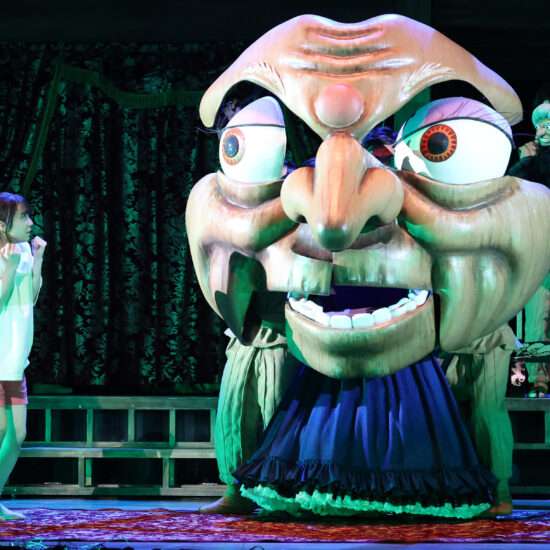 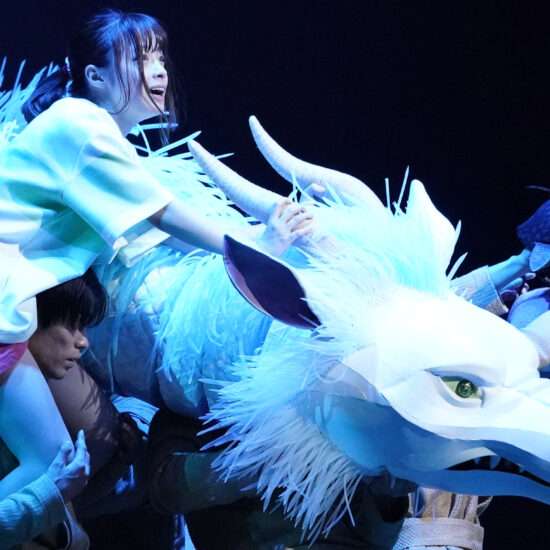 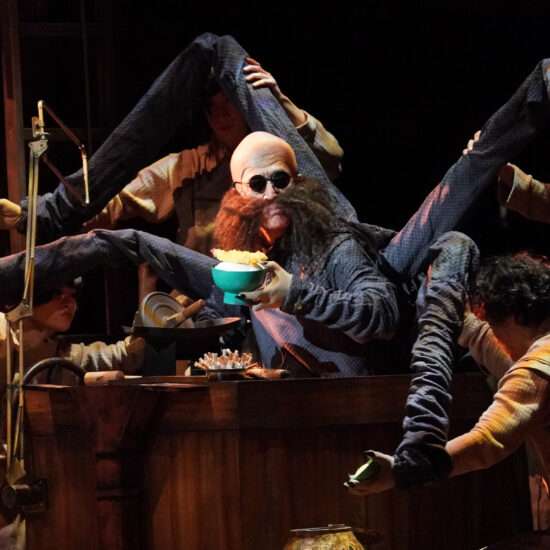 “It’s an exciting fantasy with puppets playing principle characters and moving effortlessly around the stage…proving that a fusion of Western and Eastern theatrical senses creates an amazingly innovative means of expression.”
Nikkei

“An ensemble of more than 20 performers animate the puppets. In some scenes they manipulate the set, and at one point they puppeteer Chihiro and Haku so that the actors seem to be flying. These cast members play a remarkable part in the staging.”
Yomiuri Shimbun

“The puppets move around and interact with Chihiro as if they were alive…this stage adaptation succeeds in recreating many wonderful moments, not as mere imitations of the film, but in a way that draws out the fascination of theatre as a medium.”
Asahi Shimbun