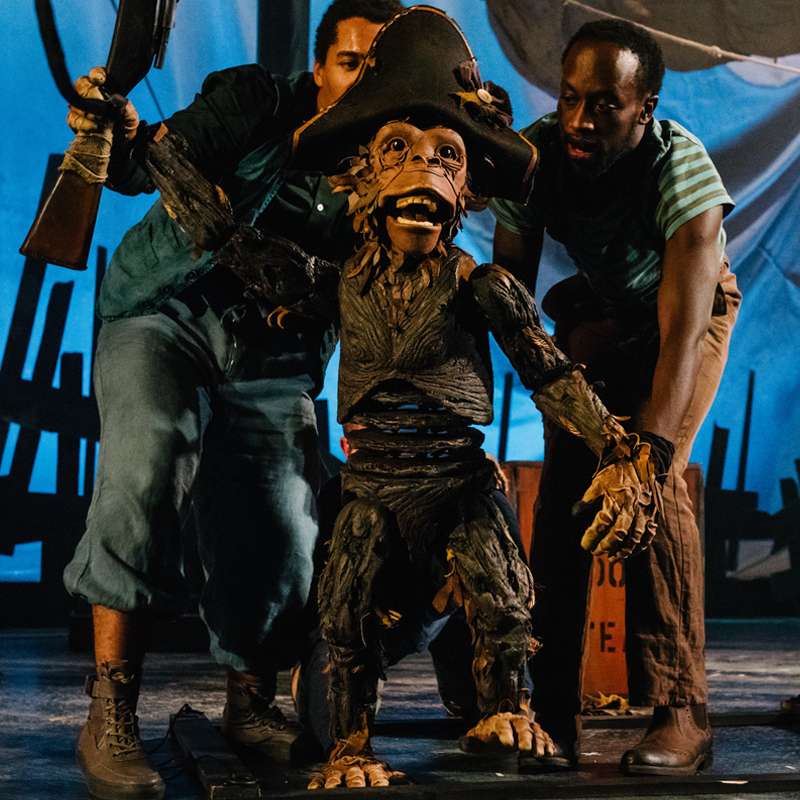 “Highly skilful, slick and unsettling. The monkey naturally becomes the star of the show. The puppetry is deft and detailed.”
The Stage

“The monkey is oddly, heartbreakingly human; it is the humans who behave like animals.”
The Guardian

“I admit to having a tear in my eye and lump in my throat.”
Hartlepool Mail

“A sparkling production, combining the fascination of a myth and a strong message for the present. Gyre & Gimble show that puppetry is an evocative way to open minds no matter the age.”
Disclaimer Magazine 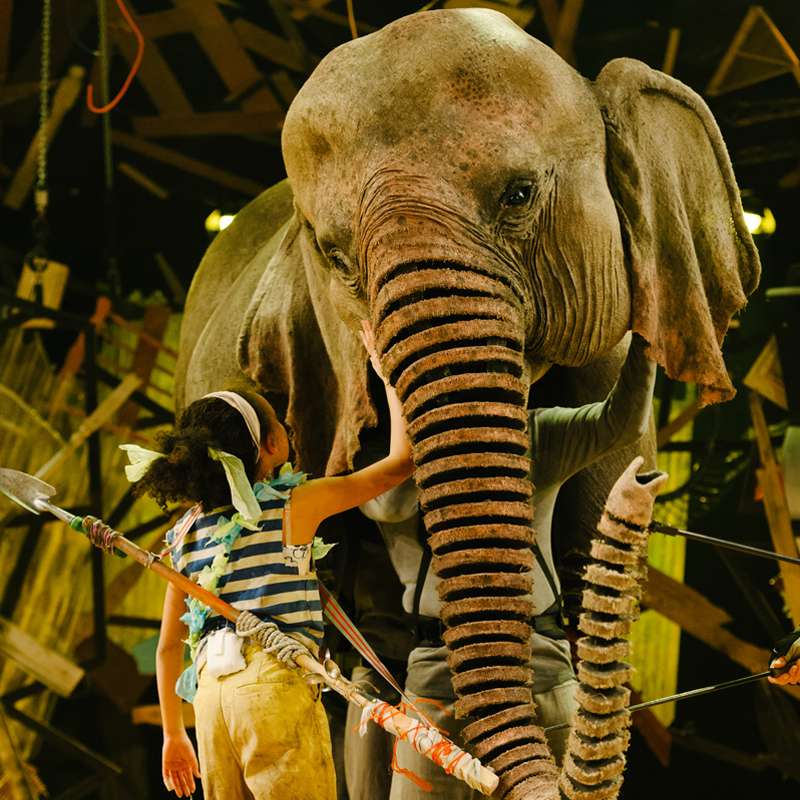