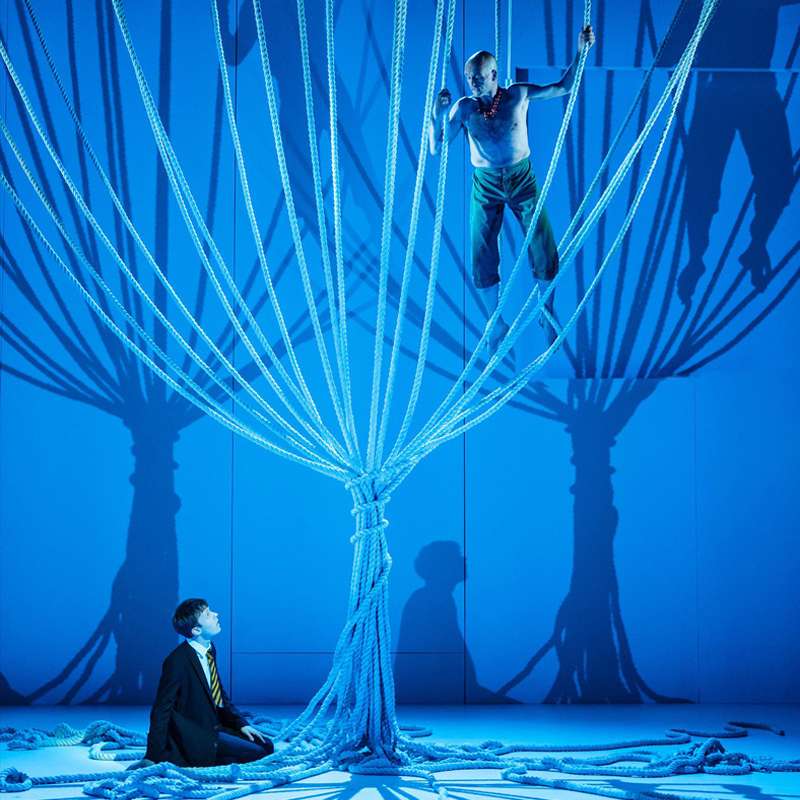 “The visual concept is based on strands of rope that are twisted and tangled to form the gnarled branches of a yew tree, out of which Stuart Goodwin’s monster appears”
The Guardian

“A set of ropes dangling from high above , skillfully manipulated by the ensemble into a great yew tree of which the Monster is the ruling, terrifying, remorselessly storytelling spirit”
Theatre Cat