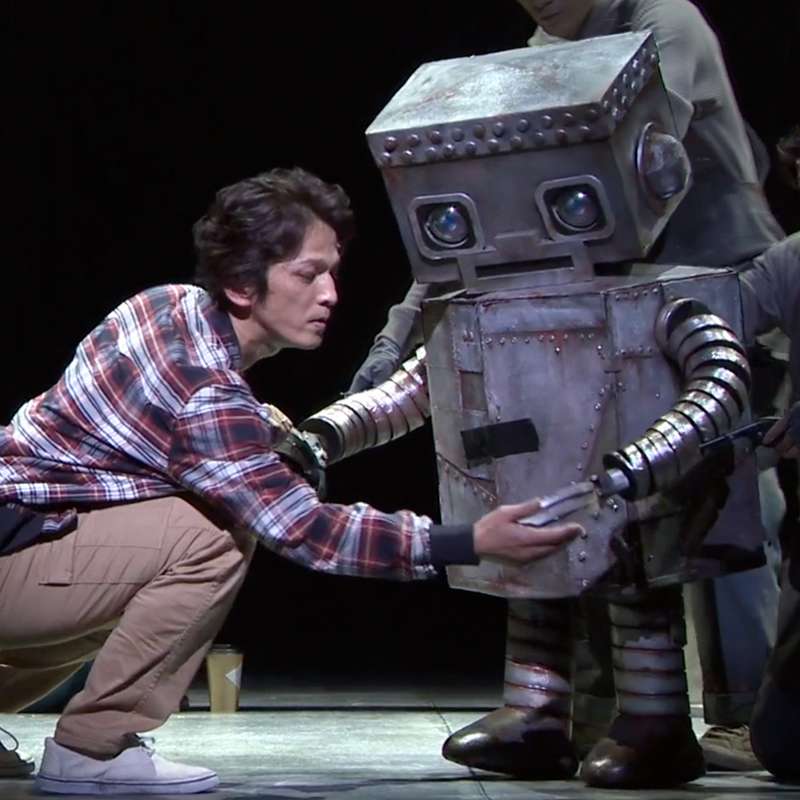 A Robot in the Garden

“Operated by two performers, Tang is adorable…From the blinking of his eyes to the way he tilts his head, his movements are worked out in detail, and it’s difficult to take your eyes off him.”
Mainichi Shimbun

“The greatest appeal of this show is Tang the robot…At the beginning, Tang is a mechanical character, but as he and Ben establish an emotional bond, Tang begins to appear almost human, as if he has flesh and blood. Gestures such as blinking, casting loving glances and tilting his head look lovely, as if Tang were a human child.”
Sankei Shimbun

“The way Tang is portrayed is excellent…all of his gestures are so lovely. During the show, my eyes were glued to Tang.”
Yomiuri Shimbun

“What audiences should pay attention to is Tang’s acting. The puppet is manipulated with synchronicity by two cast members…Tang’s evolving movements show how he gains humanity, with changes that are so skilful and fun that our eyes become fixed to him.”
Asahi Shimbun