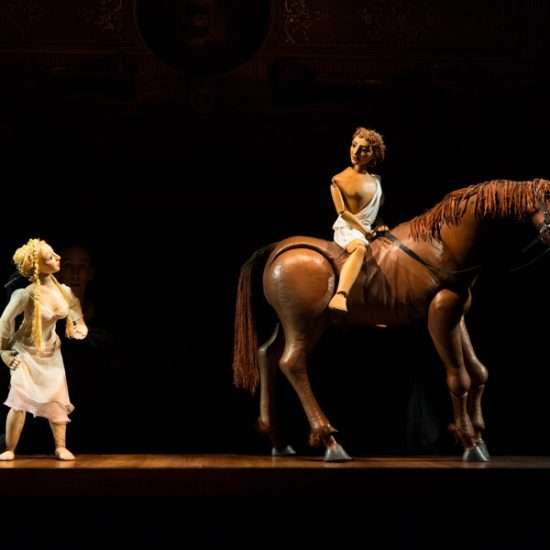 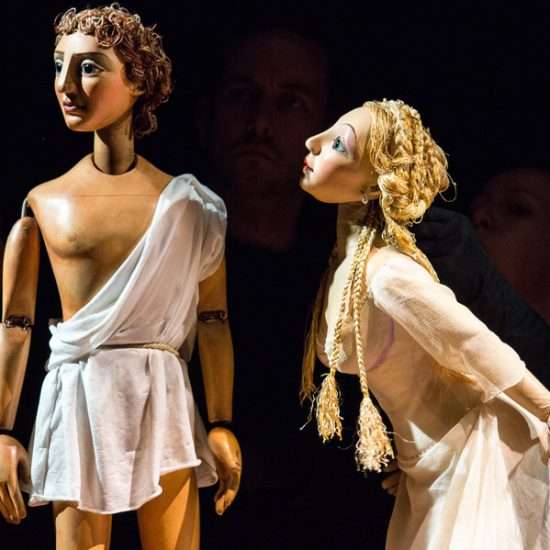 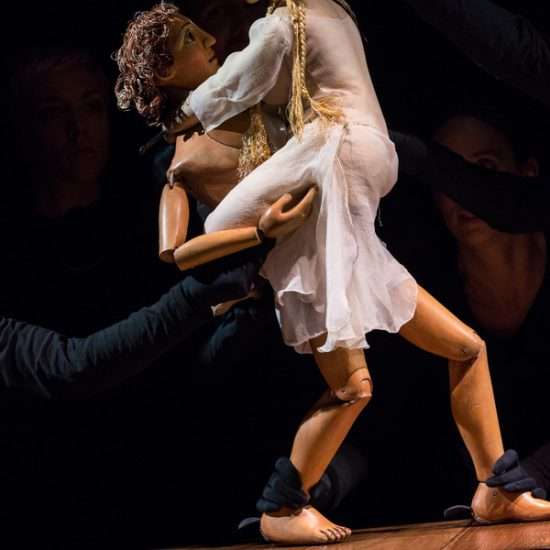 “A beautifully-crafted theatrical gem. Who would have thought that one of the most enchanting and original productions to grace the stage of the Swan in recent years should come courtesy of five puppeteers.”
WhatsOnStage

“It’s remarkable how subtle inclinations of the head, a sextet of manipulators working stealthy magic, can lend such detailed expressiveness to wooden impassivity.”
The Telegraph

“The puppeteers evoke much gentle wit and comic gaiety through their seamless fluidity and inventive articulation. Adonis achieves a unique counter-metamorphosis – his character is more wooden than the animated puppet that represents him.”
The Reviews Hub

“The puppets are manipulated with a grace and accuracy, their movements telling the story with as much sincerity as Shakespeare’s words.”
Stratford Observer